In 1939 the ground presently occupied by the Hall, the Church, the Bungalow and the Vicarage was all scrub or wasteland. It was covered with brambles and there were various tracks through them and each year excellent crops of blackberries were available to harvest. It was also a brilliant place to play hide and seek after school.
During 1940, age seven, I watched the building of the hall church from the classrooms in Paddox school. It is in St John’s Avenue because I believe Hillmorton St John’s Parish contributed towards the building costs. People looking for St John’s Church found it very confusing. The church had high small windows to reduce the likelihood of injuries in event of bomb damage. On its completion my mother decided that she wanted my sister and me to attend the church. A little later in 1940 in the area approximately where the existing Baptistery Font is and extending towards the road a very large static water tank was erected for fire fighting purposes. The church was heated by a solid fuel air heater with one inlet grille situated at the front left hand side of the congregational area. It was usually fairly cold in Winter, especially for the choir. We must have been a hardy lot. In the Sanctuary over the Altar was a large mural of St George slaying the dragon. The most popular service at the time was evensong which was very well attended.
My sister and I enjoyed our time with the Sunday School which in 1944 led to our Confirmation at St Andrew’s, the mother church. The five daughter churches staffed by a Curate were Holy Trinity, St Phillips, St John’s, St Peters and St George’s. All under the charge of Canon Carnegy, a severe looking disciplinarian. He probably had to be having six curates to shepherd.
All the people I knew at the church in 1940 have died or moved away although of course others joined in later years. 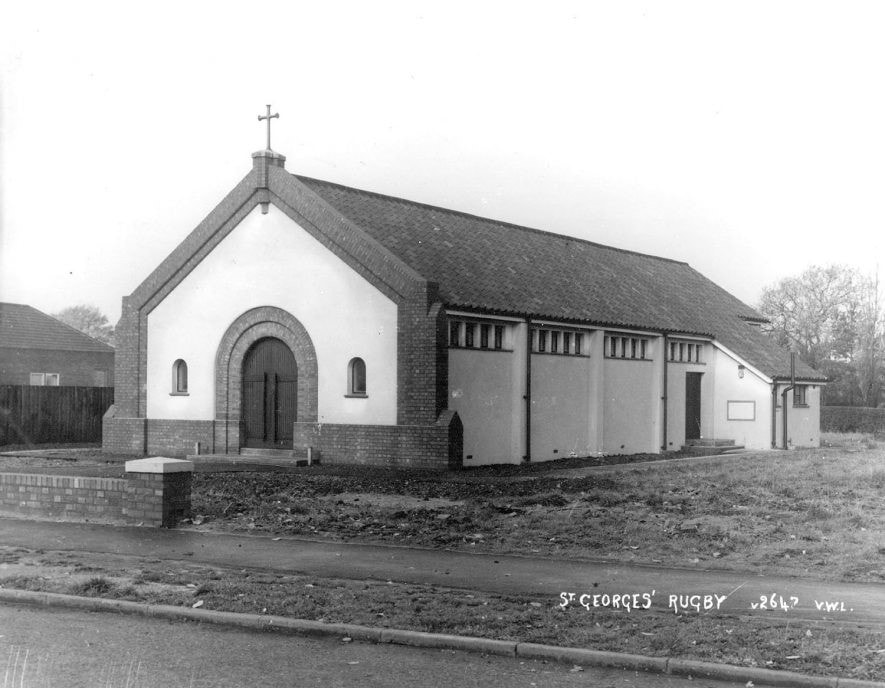 Above: St George’s Church Hall, 1940
The Commemoration stone seen in the wall of the former choir vestry was moved to the front wall of the hall when the new church was built in 1962. 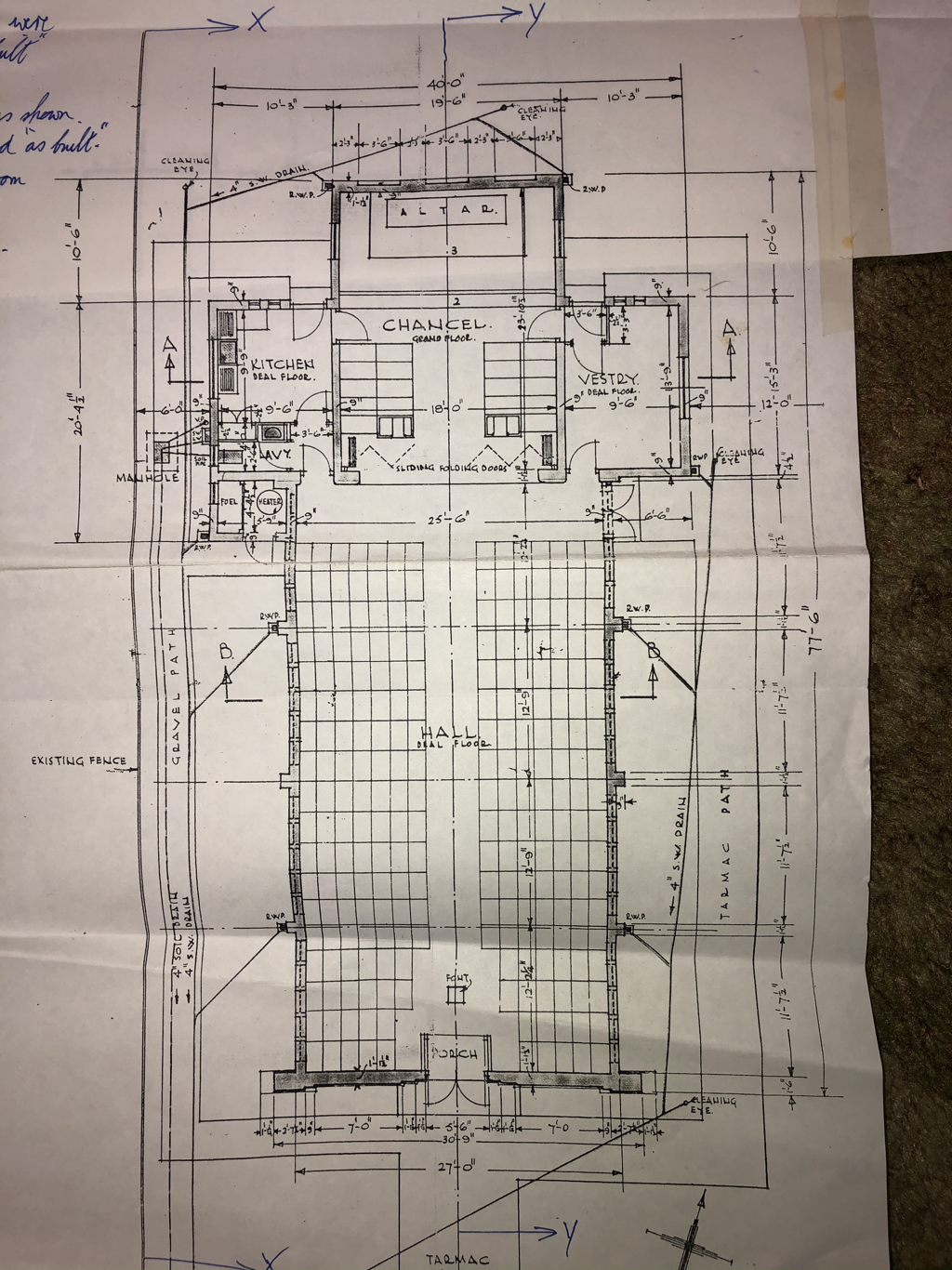